including an excerpt from Cecil Taylor a Paris – Les grandes répétitions
Directors: Gérard PATRIS, Luc FERRARI, 1968
According to Cecil Taylor, there are two locations for the study of music: the academy and “across the railroad tracks.” In this film, Taylor asserts that he takes inspiration from the latter.
preceded by: 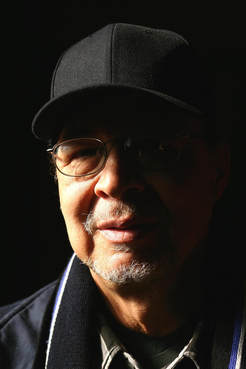 Dave Burrell: Echo
Director: Michael Lucio STERNBACH
​2018, 30 min
Dave Burrell is an international figure on the contemporary creative music scene. He was raised in Harlem, New York, and grew up in Hawaii before returning to New York in 1965. He quickly emerged as a leader in the contemporary jazz scene where he played alongside innovators such as Marion Brown, Pharoah Sanders and Archie Shepp.  With a career having spanned more than 50 years, it is time to celebrate the achievements of this giant of modern music. The film includes interviews with Burrell and his peers, as well as live concert footage. On Wednesday, May 23, as part of the Vision Festival, Arts for Art will celebrate Burrell’s lifetime of achievement with performances featuring musicians from across his storied career. 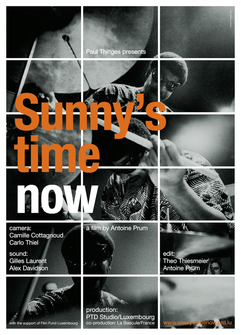 Sunny's Time Now - A portrait of jazz drummer Sunny Murray
Director: Antoine PRUM
​2008, 108 min
​This documentary retraces the longstanding career of avant-garde drummer Sunny Murray, one of the most influential figures of the Free jazz revolution. Through a series of interviews with key witnesses as well as historic and contemporary concert footage, it reassesses the relationship between the libertarian music movement and the political events of the 1960s, whose social claims it so intimately reflected. By doing so, it also recounts how the most radical forms of musical expression were excluded from the major production and distribution networks as the libertarian ideal went out of fashion. Beyond its historical approach, the film follows Sunny Murray on current gigs, showing his daily struggle to perpetuate a musical genre which is still widely ignored by the general public. In doing so, SUNNY’S TIME NOW also dwells on the near clandestine community of aficionados who continue to worship the gods of their musical coming-of-age, and whose unfaltering support has permitted free improvisational music to live on.